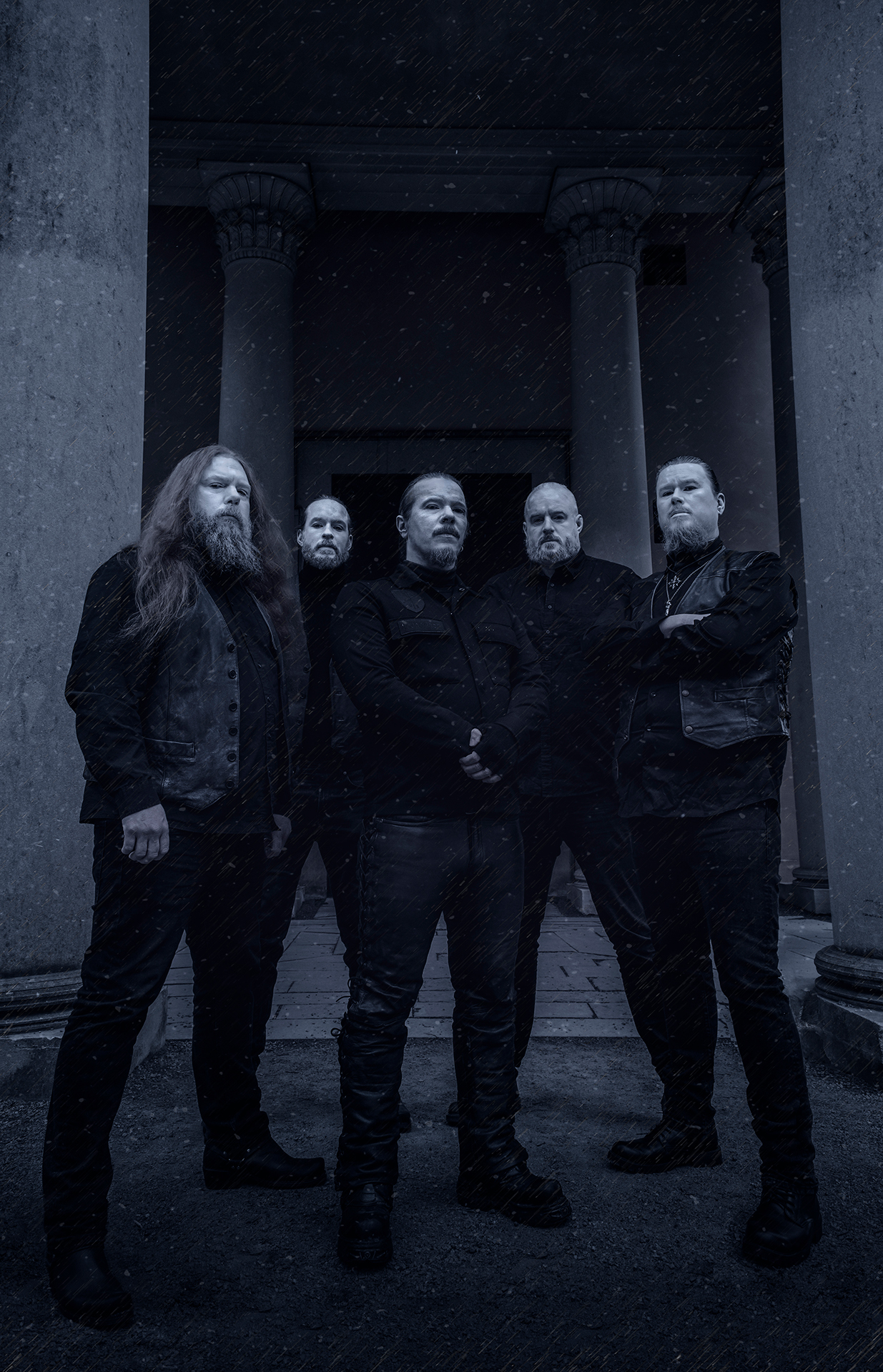 Chapter I: Gå i Hel

It has been ten years since Grá viciously spit these first words into the face of man when the then duo from Sweden stepped onto the shores of Styx, waiting patiently for the withered lantern of the ferryman to appear within the fog. Grá lifted their voices from the underworld and the Swedish black metal scene was introduced to a ravenous fire that has not burned this brightly since the days of old. Behind these venomous first words stands the very foundation that has put into motion a journey into a forlorn world of ancient and archaic nature. Born from a spontaneous strike, almost as if the primordial worlds themselves collided during the sessions for Cursed 13's "Triumf", Grá, a mixture of the Icelandic "grár" and the Swedish "grå", simply meaning "gray", was born. Reaching far back into the antiquated remains of long forgotten voices, Grá set forth upon a monumental endeavor of epic proportion...

"The concept was to explore the journey from life until the point of death and beyond. The rites surrounding death, death wish, the very moment of leaving the body and so on."
-Heljarmadr

2010 was the year the world heard for the first time, a voice so cold and so dark, it cut through the world like a dagger to the heart. Setting the stage for what is now known as "The Charon Suite", the debut release "Helfärd" showed right from the beginning that Grá closely grasps an ideology that has become lost. With a "less is more" approach that harkens back to the days of Bathory, the atmosphere crafted within is as thick and dank as the air trapped within tombs of old. With coins in hand, the core of Heljarmadr and Dimman let loose a monumental howl into the night, telling the world that a tribute to death was born.

"Immersed in an icy inferno
Frozen all the way to the soul
We sink, we numb
Give in, go in Hel!"
- Helfärd (att dö...)

Knowing the sounds of the old man's ferry drifting across the river will soon come, Grá wastes no time in moving forward to create the second installment of death's journey, simply titled "Grá". As if "Helfärd" was not bleak enough, "Grá" takes a page from its predecessor's book and ventures deeper into the place between everything. Crafting hypnotic passages of intoxicating power, interwoven with harrowing invocations beckoning for existential departure, the second chapter proved to further cement Grá's position as a monumental entity within the ever-changing black metal world. As the sights and sounds of the scene began to change and twist into a new form, "Grá" only continued to reach back further in time to ensure that what once was, will always be. Forever carrying the torch of those who came before them.

The shores of Styx are no stranger to visitors, and Charon's ferry is rarely ever empty. The soul of every man and woman will place their tired feet upon these desolate sands, and wait for the ferryman's escort. Now, with the withered lantern's glow creating an ominous eye over the cursed river, Grá's body of work grows, and so does it's coven. The ranks are solidified with the initiation of Maugrim, creating the very core of Grá's live ensemble, and with the release of their third chapter, "Necrology of the Witch" the journey only grows darker as Grá begins to create a multi-faceted world. Within this installment of Charon's journey, we see the emergence of a story within a story. A continuation of the first chapter manifests itself into the bleak and heart-rending closer "Helfärd pt.II", and with it, the birth of the "Helfärd Suite". The latest offering bears witness to raw creative songwriting and a fine attention to atmospheric detail as "Necrology of the Witch" pays homage to stories of the old gods and apocalyptic tales of over-taking the world of man. There simply no longer is hope for the living.

Praised be the deeds of the Devil!"
-Worms and Crows

With all things there is a beginning and an end. With birth, comes death. As the ferryman beaches, the withered lantern now illuminates the shore, and the very last ride awaits. Spanning across five years and multiple releases, the final chapter aptly titled "Ending" portrays Grá slowly exhaling it's final breath into "The Charon Suite". A welcoming end to an impressive undertaking, "Ending" embodies the last dim light fading into an ever-growing darkness. The realization that no matter the twists and turns of life, no matter if it's fate or free will that guides the soul, the prolonged slumber awaits us all. "Ending" also harbors the final hymn in its respective trilogy, "Helfärd pt. III (Den gamle)", closing out "The Helfärd Suite''. Featuring a heavyweight class of guest appearances, "Ending" spares nothing as it's dirge-laden chants riddled with passages of death's embrace, extends it's ghostly hand to reach out from behind the veil aimed for the throat of all who stand. The ferryman has been paid and with an effortless push off the desolate sands of Styx's shores, Charon's journey is now complete.

"And I saw and beheld, a pale light and a river
All I heard was thunder, from the gray skies above
I crawled through my skin and became unborn
And the whole world was trembling"
-Where Shadows Dwell

With the massive undertaking of "The Charon Suite" now completed, Grá turns a page within its tome and begins to write it's next chapter. Now free from concepts and expectations, long-time behind the scenes contributor Vediger coming into the ranks full-time and with sights set on a vast horizon, Grá embarks into uncharted territory. Three years after the release of "Ending", Grá reinvent themselves with a much more experimental, yet still familiar, approach on their third full length album "Väsen". While the sights and sounds of Grá may have shifted focus, the well-known bleakness still remains infused and intertwined. "Väsen", in the context of the record, meaning "Entity/Soul" paints soundscapes of man's demise and it's insatiable hunger for destruction. Even with the turn of the tide and eyes focused on what's ahead rather than what's behind, Grá still places emphasis on death's grip over the souls of men. Incorporating themes of war and self-destruction adds an even more horrific element to their music by shining a light on the human aspect to the initial message that was first spoken on "Helfärd". While the focus may have shifted from worlds beyond, to the world in front of our eyes, "Väsen" bellows deeply that death will forever reign as the only truth we will ever know.